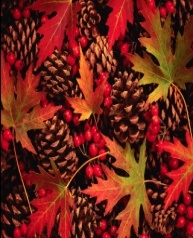 Very small amounts of antifreeze can be fatal. If a cat walks through a puddle of antifreeze and then licks its paws, it can ingest enough antifreeze to cause death. About five tablespoons of diluted antifreeze can kill a medium sized dog. If you see your pet drinking antifreeze, or are at all suspicious that your pet may have had access to antifreeze, contact a veterinarian immediately. Signs of antifreeze poisoning are as follows: In the first few hours after ingestion the pet may be depressed and staggering and may have seizures. They may drink lots of water, urinate large amounts and vomit. At first, the pet may appear to feel better, but in a day or two get much worse as the kidneys fail. Signs of kidney failure include depression and vomiting. The amount of urine they pass will often decrease to a very small amount.

The treatment for antifreeze poisoning depends on when the pet is presented to the veterinarian. If the pet is seen within a few hours of ingesting antifreeze, vomiting is induced to remove any antifreeze still in the stomach and charcoal is placed in the stomach to bind antifreeze in the intestine. Antifreeze itself is not very toxic but it is broken down by the liver to other components that cause the damage. If the pet is presented to a veterinarian soon after drinking antifreeze, a drug is given that impairs the liver from converting antifreeze to these toxic products, allowing the unconverted antifreeze to pass in the urine. These drugs are useful only when given early and are not effective after the pet is already showing signs of kidney damage.

Animals who present to a veterinarian in kidney failure due to antifreeze poisoning can occasionally be saved with aggressive treatment. Some specialty veterinary practices offer dialysis which can be used to remove waste products that are not being removed by the diseased kidneys in an effort to keep the pet alive and give the kidneys a chance to repair. Whether the kidneys will repair themselves or not depends on how severely they are injured. Unfortunately the kidney damage caused by antifreeze is usually very severe and irreversible. Kidney transplantation has been performed in dogs and cats. There are several sites on the internet that describe transplantation.